Solid blues rock from Maastricht, Netherlands. The band plays exclusively their own work from their years of accumulated repertoire, which can be heard on the band's 5 albums. The many European tours brought the band to many countries in Europe, from Spain to Norway. Tours were interspersed with the release of 5 albums with established record labels such as  Polydor, Phonogram, and the Swedish  GMR record label.

The band has a rich history with many tours at home and abroad, sometimes including support acts for major international artists such as Gary Moore and RobertPlant at the Grugahalle in Essen and the Royal Circus in Brussels. Small and large festivals have been hit, such as the Belgium Rhythm and Blues Festival in Peer, Bluesrock festival in Tegelen, Netherlands (2X), Djurs Bluesland in Denmark, Rock Herk in Belgium, Southern Blues Night in Heerlen, Zoetermeer Blues, Rock tussen de Dijken in Tiel, as well as gigs at Bluesworld in Hedon, Zwolle and the Muziekgieterij in Maastricht. 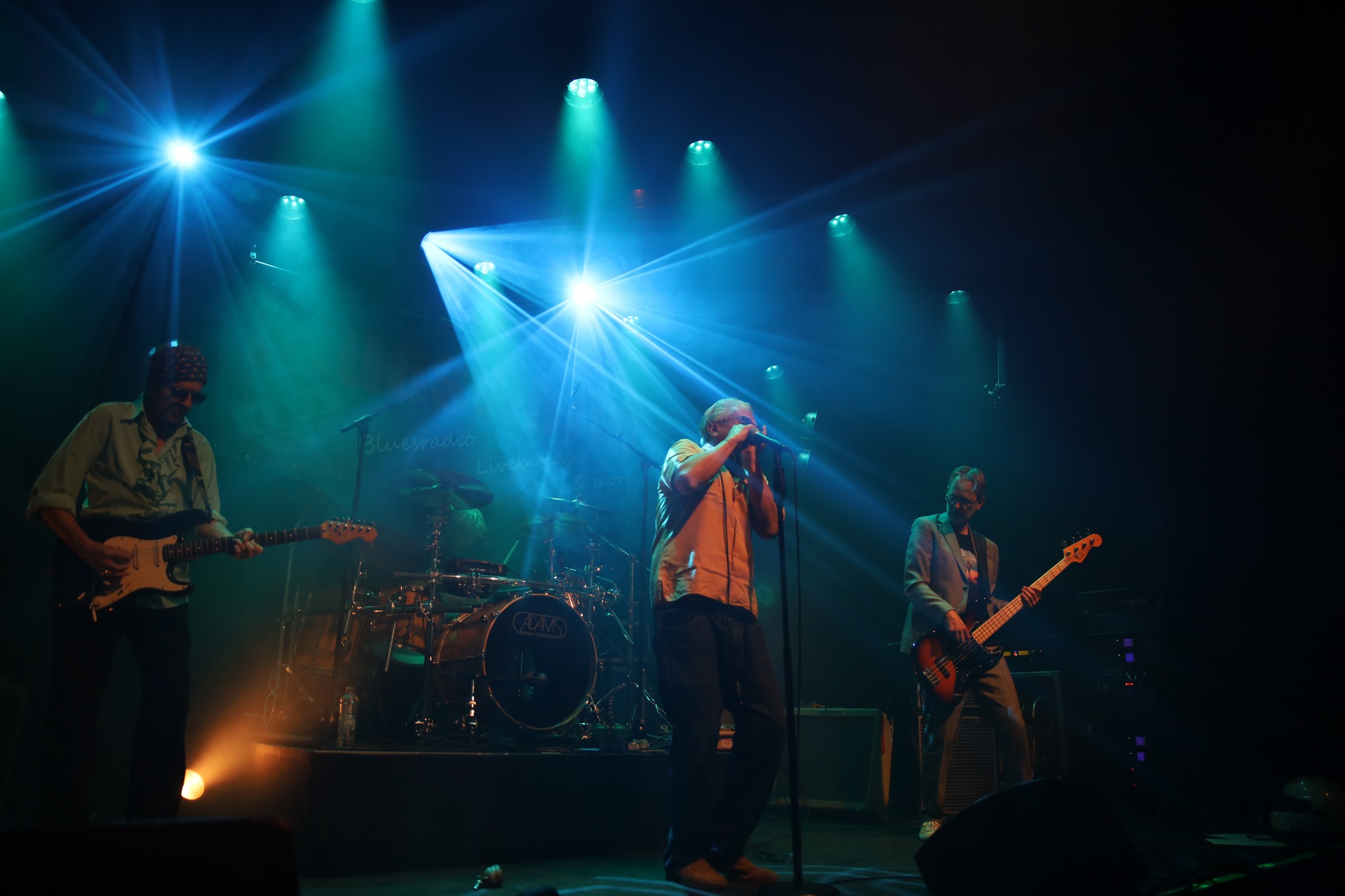 In 2020, the 4th album "Troubled Mind" was nominated as best Blues CD in the Netherlands, finishing in the top 3 best blues albums released in 2020. In 2021 the 5th album was released "Waitin'" on the Swedish record label GMR Music. Both albums have been listened to over 250,000 on Spotify and received hundreds of thousands of video views on Facebook and Youtube.

The Liberators' music is best described as solid blues-rock music with a clear link to the basis of contemporary popular music, the roots. Several songs allude to those roots, such as the title track "Waitin'" with a link to heavy electric blues, Can't Wait Another Day and Look for More with a slight tendency toward almost symphonic blues with rock influences, and Clash with a nod to punk, Money Talks with an almost Motown intro, Fooling Around with ska influences and finally Wrong Distraction as a more traditional fingerpicking blues song.

The band was followed on camera for a year by documentary filmmaker Karin Hillebrand which resulted in the documentary "Sabbatical", a beautiful portrait of a band and all its besognes. Extremely recognizable for fellow musicians and therefore very entertaining. aired on Dutch television, but still available online on this website.

The band's music is rooted in its roots: jazz, blues, rock 'n roll and other original musical styles. An element from each style is taken and combined and infused with a hearty blues-rock sauce. As a result, the band is not a traditional blues cover band, but is influenced by the rich music history and gives the blues a new style of its own. Visitors to concerts praise the energy the band exudes and their own spin on traditional music.

Listen to the music

This Site Is protected By
Shield Security →